About: Saltmen Museum of Zanjan

Saltmen (Mardan-e Namaki) is a name which has been given to six mummified men discovered in Chehrabad salt mine, Zanjan Province, in the winter of 1993. Among them, there are the bodies of a woman and a teenage boy too. Some of the saltmen have been severely hurt as a result of mine working by bulldozer. In 2008, mine operation stopped and the body of the sixth saltman was left untouched in the mine due to lack of necessary equipment to maintain it.
Among discovered men, three of them belonged to Achaemenid period (about 400 BC) and two of them to late periods of Sassanid dynasty (about 400 to 600 AD).
Zalfaghari Mansion is a historical monument located in an old neighborhood called "Dalan-e Alti" in the northern side of Sabze Meydan and Jame Mosque in Zanjan. After the transfer of monuments found in Chehrabad salt mine, temporary museum of mummies was created in 2007, and the first museum of archeology of Zanjan opened in Zolfaghari Mansion in 2009.
This monument was registered in Iran's National Heritage on March 15, 1997 under the registration number of 1852. 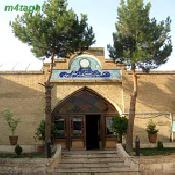 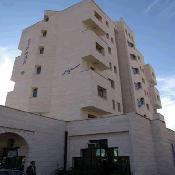