Largest Sassanid facilities yet, which have been unearthed and identified.

Address:
Nosratabad village, 45 kilometers northeast of Takab, West Azerbaijan, Iran
Visiting time:
8 to 20 during summer, 8 to 17:30 during winter
Weekly holiday:
Does not have
Annual holidays:
9th and 10th of Moharram, 28 Safar, 21th of Ramazan , 25th of Shavval( these are dates on the lunar calender) 14th Kordad (solar calender)
Entrance fee(Iranian):
30000 Rials
Intrance fee(Foreigners):
200000 Rials
Tour Guides:
It is free to get any information about this place from the guides of Takht-e Soleyman. 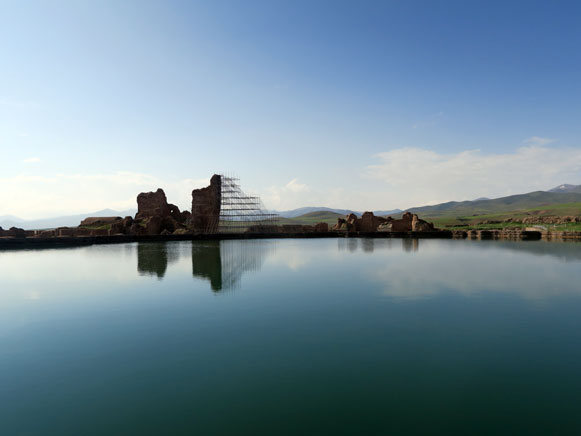 Takht-e Soleyman (also known as Azar Goshnasp Fire Temple) is the name of a large historical area near Takab and Takht-e Soleyman village (previously known as Nosratabad) located in West Azerbaijan Province, 45 kilometers northeast of Takab.
Takht-e Soleyman is an ancient area consisting of some Sasanid palaces and Azar Goshnasp fire temple. Near this area, there are two other ancient complexes named Zendane-e Soleyman (Prison of Solomon) and Takht-e Bilkis. Some evidence of Medes and Schytians has been found around Zendan-e Soleyman which prove that this area dates back to 1000 years before Christ. Some historians call this area "Shiz Ancient City".
Shiz has been accepted by UNESCO as the world heritage, and it is going to be reconstructed in the near future.
In recent years, during research on Paleolithic Era, two ancient areas were discovered in takht-e Soleyman. Also, Chal Tappeh, the temporary residence in Middle Paleolithic Era, and Chaqmaq Li area with some evidence of tool-making has been discovered in this area.
The oldest pre-Islam discovered remains of Takht-e Soleyman world heritage complex belong to Paleolithic, and Chalcolithic Eras, Iron Age 1, 2, and 3, and Sasanid historical period. Although the area is called Takht-e Soleyman, it had various names such as Ganzak, Ganjeh, Ganjak, Gazka, and Shiz in the past. It was known as Takht-e Soleyman in Safavid period.

Its small museum is usually close. 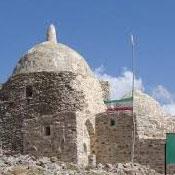 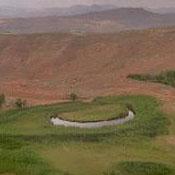 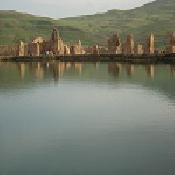