Mud volcanoes are natural phenomena during which the mud underground reaches the surface like a spring and forms a mound.
Mud volcanoes in Chabahar are stunning, rare and exquisite natural geological attractions that have the potential and advantages of becoming a world monument as the second geo-park in the Middle East.
There is a conoid mud volcano mountain in the north of Kahir-Tonog Road (southern part of Kahir-Zarabad Road) in Sistan and Baluchestan which is the greatest and most famous active mud volcano mountain in Iran. These mud volcanoes are located 95 kilometers from the west of Kenarak and Kahir Plain before Tonog Village on a flat land and includes three small mud volcanoes, one of which looks like a volcano which is active at the moment. The rest of them became inactive several years ago. On top of these hills, there are openings and grey mud continuously comes out of the one that is active at the moment and it flows down the skirts. Periodicity of this rare and beautiful phenomenon is about ten to fifteen minutes which is accompanied by soil vibration. At times even sounds like the firing of a bullet is heard when the mud comes out. 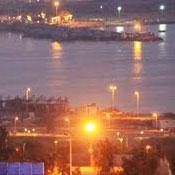 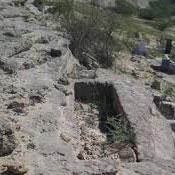