Chah Bahar or Chabahar is a city in Sistan and Baluchestan Province in Iran and it is the only ocean port in Iran that is located in the shore of Oman Sea and Indian Ocean. Its harbor is capable of mooring ocean liner ships and it is considered a free commercial zone in Iran.
Due to its strategic position which is the closest access point of the countries bound in Middle East lands (Afghanistan, Turkmenistan, Uzbekistan, Tajikistan, Kyrgyzstan, and Kazakhstan) to high seas and great reconstructions and investments in it such as building ports and increasing the capacity of ocean liner ships (in Chabahar Gulf) and building railroads to middle Asia and constructing an international airport, Chabahar Port is one of the most important intersections of world commercial north-south corridor.
Regardless of its commercial position, Chabahar has many other historical and natural attractions. The weather in this city and its roundabouts is always like spring weather and mild and that is why it has been called Chabahar or Chahar Bahar (meaning four springs). Chabahar is the center of Chabahar Province which is in the south eastern side of Iran near the warm waters of Indian Ocean.
Badland Mountains or Mars Mountains are one of the sights that are dragged along the shore from Kachu Area to Gowater Gulf and are one of the geomorphological phenomena in the area. Mars Mountains have been under Oman Sea for several million years such that they were a small part of Indian Ocean and had gradually come out of water.
According to current investigations, Miniature Mountains tissues whose history goes back to the third period of tertiary geological period, that is, 4-5 million years ago are sandstone and marn.
Unlike the Red Planet or Mars that is seen red, they are light grey. Furthermore, there are various fossils of creatures such as shells and fish on the body of the mountains which are indescribable.
Miniature Mountains are one of the contemporary and alluring attractions in Chabahar Area and the sky on that point can simultaneously observe 14 constellations.

General Specifications
name
Mars Mountains, Chabahar
Geographical features
This region is the continuation of the Zagros mountains
Animal features
Birds such as Flamingo, Tawny eagle, Heron and See-see partridge
Plant features
Martian mountains lacks vegetation.
Special features
These mountains are the examples of badlands which is a special geological phenomen.
Suggestions
Important parts to visit
wetlands and the miniature mountains of the region.
Best time to visit
Spring
Estimated required time for the visit
One day
Necessary equipment
Rock climbing equipment are required for climbing the mountains of this region.
Nearest tourist attractions
Labpar wetland
Access route
Address
40 to 50 kilometers from Chabahar towards Bandar Gwadar, Bandar Chabahar, Sistan and Baluchestan,
Facilities
Restroom at the beginning

Residence at the beginning

Buffet at the beginning 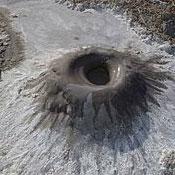 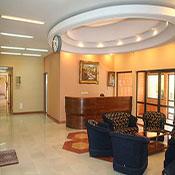 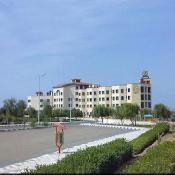