Mehmandust Tower in the south of Mehmandust Village in Damghan County is located in the west towards north of Imam Abad. The ancient Mehmandust hill is located in the southern part of this tower and in its eastern side, there is the graveyard of Mehmandust villages. Mehmandust Tower is similar to Tughrul Tower in Rey City, a part of which is destroyed, while the remins of it confirm its historical background.
This tower is also known as Ma’soumzadeh Tower. The original dome of it has fallen off and the date of the tower is 490 hijri year in Seljuk era which is written on a manuscript in Kufic.
The monument is registered as one of Iran’s national monuments with registration number 277. 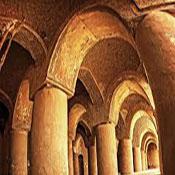 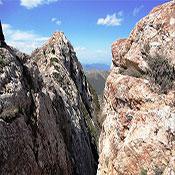