Tarikhaneh, which means "House of God", is one of the Damghan's ancient monuments which, based on the Department of Archeology, used to be a temple before the Arabs' dominance in Iran and was later changed to a mosque. Tarikhaneh Mosque is one of the most important monuments remained from early Islamic centuries in Iran. According to some books, it was built during the reign of the first Abbasid caliph, i.e. Saffah, in 132 AH and that of Harun al-Rashid in 170 AH. The reconstruction of the mosque was done in Century 2 AH according to Sassanid architecture style. Over centuries, Damghan's Tarikhaneh has been refurbished many times. A brick minaret was added to this monument in Seljuk period which is currently 26 meters high and its body is decorated with brickwork. In Turkish, Tarikhaneh means "House of God".
The monument was registered in the list of Iran's National Heritage in January 6, 1932 under the registration number of 80.

General Specifications
Name
Tarikhane Mosque
Appellation
Tarikhane means the house of God in Turkish
Age
First centuries of Islam
Restoration
Over the centuries, Tarikhane of Damghan has constantly been repaired and restored. The brick minaret has been added during the reign of the Seljuks.
Architectural style
Sassanid
Special features
This building, in addition to being a mosque has been built in the style of the Sassanid period
Suggestions
Duration of visit
One hour
Nearest tourist attractions
Jame mosque of Damghan
Special Offer
Please call Mr. Modarresi (09192317631) before your visit.
Access route
Address
Railroad station street, south of Damghan, Semnan province, Iran
Facilities
Access to vehicles 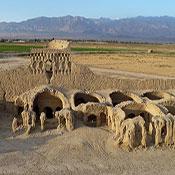 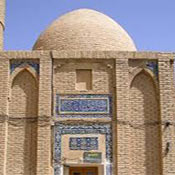 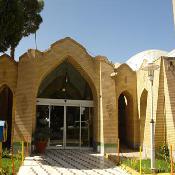