Despite having an arid and semi-arid climate, Sabzevar is the habitat of various wildlife species of Iran. One of the wildlife habitats of Sabzevar is Shirahmad wildlife shelter. Shirahmad region was announced “hunting prohibited” in 1996 and then it was promoted to the wildlife habitat of Shirahmad with an area of 22.847 hectares according to directive No. 227 of Environment high council in June 11th, 2002.
This region has several reptiles, birds and mammals. The most outstanding animal species of this region is the Goitered gazelle (Persian gazelle).

Restaurant at the beginning 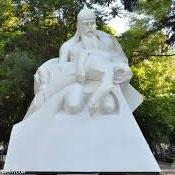