Haruniyeh is an unknown and mysterious monuments and the only monument remaining from the ancient Tus City. This monument is 20 kilometers from the North West of Mashhad on the western borders of Mashhad-Tus Road and at the beginning of Pardis Boulevard, the main Boulevard and the entrance to Tus City. Harunieh is a brick and square monument. The interior space includes the porch entrance, four daises, dome and three minor rooms and all these parts are seen in public. In the exterior space, there is a small memorandum tombstone from Imam Mohammad Ghazali and a big rectangular garden is also built in front of Haruniyeh Porch according to the plans and designs. There are different ideas about the date of Haruniyeh construction and it dates back to about eighth and seventh hijri centuries and even to the time before that. Some recognize it a monastery and teaching place of Imam Mohammad Ghazali that was built before the attack of Mongols. Some others call the monument the prison of Harun.
This monument is the only remains of the ancient Tus that was repaired and reconstructed in recent decades by attempts of National and Cultural Heritage Association of Khorasan and it has become one of the the visitable and historical centers in Mashahd to be visited by pilgrims and travelers. 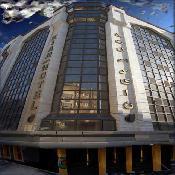 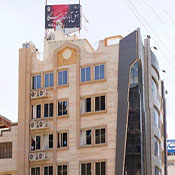 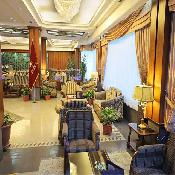