Goharshad Mosque is the memorandum of an ancient architecture from Timurid era in the south of Razavi Shrine that was built to the order of Goharshad, the wife of Shahrokh Timurid in 821 hijri year. Tilings of the mosque with domed arches and minarets have given a special effect to the building, such that it is turned into a whole example of Iranian art in the heart of the shrine. Maghsureh Porch is the southern porch of the mosque with an area of 500 square meters that has made it elegant. Saheb al-Zaman Pulpit beside altar of Maghsureh Porch is significant in terms of history. The altar was built by Master Mohammad Najjar Khorasani, the famous woodcarver at the time of Fathali Shah Qajar. Using walnut and pearl wood in woodcutting method and without using nails has made it even more valuable and artistic.
Precious mosaic-tile work has covered all sides of the mosque and all the walls are decorated by the names of Allah, Quranic verses and hadiths. The outstanding and historical manuscript of Baysunghur (Goharshad’s child) attracts the eyes on the forehead of Maghsureh Porch. The foundation date of the mosque is written on the tile works of the manuscript.
The high dome of the mosque on Maghsureh Porch has added to the greatness of the building. The outer part of the dome is decorated by glazed bricks and a manuscript is Kufic. Minarets with 43 meters height from the floor are built at two sides of the porch and it has numerous manuscripts. The two western and eastern porches of the mosque connect it to Imam Khomeini Porch and Sheikh Bahaii dead end.
Goharshad has a scene with an area of 2800 square meters. The building of the mosque includes 8 great porches and seven bedchambers. The dome of the house behind Maghsureh Porch with one-floored bedchambers connects different parts to each other. The southern porch is called Maghsureh Porch and the northern porch is called Daralsiyadeh Porch. The eastern porch is secretion porch and the western one is called Sheikh Baha al-Din Porch. 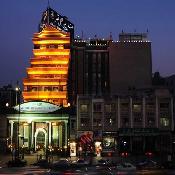 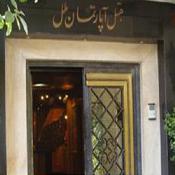 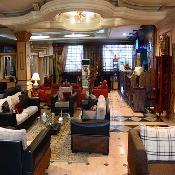