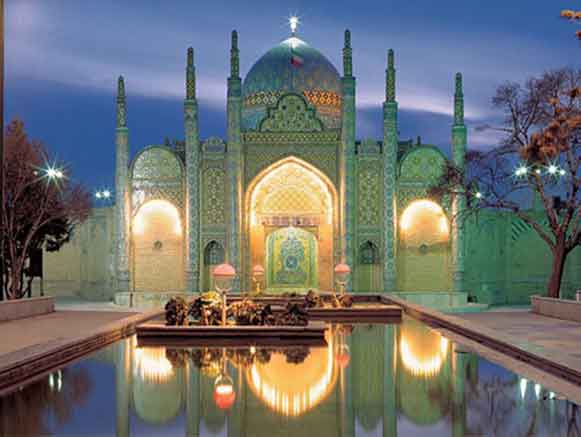 The holy monument of Shahzadeh Hossein, Imam Reza's son who died in 201 AH, has always been visited by Qazvin pilgrims since the third century AH. As a result, the tomb of many scientists, lecturers, and great men of Qazvin is placed there.
Imamzadeh Hossein was Imam Reza's two-year-old son who passed away in 201 AH as a result of a disease and was buried in the southern cemetery of Qazvin City. Except the exquisite wooden shrine, with hollow Girih tiles, that shows the year 806 AH, other remaining monuments belong to Safavid and Qajar dynasties. This place contains a false arch and six minarets each of which has been adorned with beautiful tilework.
This monument, originally from Ilkhanid dynasty, was registered in the list of Iran's National Heritage in February 10, 1940 under the registration number of 339.