Bolgheys City which is located in ancient Esfarayen is 4000 years old. During centuries, some people have always lived in this district, created civilizations, and then been destroyed by other tribes’ attacks and invasions, and again, the sprout of a new city has been come out from the ashes of war and hatred. Bolgheys City ruins consist of different periods including a series of monuments, remains of castle and moat, some parts of fortifications surrounding the city, remains of Sheikh Azari’s tomb, and so on.
He most important remaining monument in Bolgheys historical city which is currently located 3 kilometers southwest of current Esfarayen, is a 1200-year-old castle that is also known as “Narin Castle”.
This monument was registered in the list of Iran’s National Heritage in 2001 under the registration number of 4497.
After booming in Safavid era, Ancient Esfarayen was destroyed by Afghans in 1731 AD and its residents created a new city near Bolgheys City. 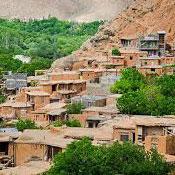 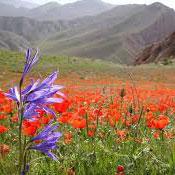 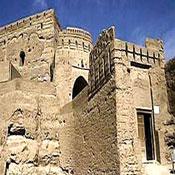