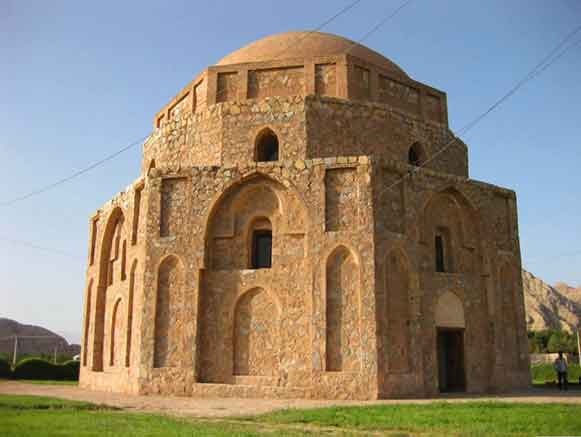 At the eastern end of Kerman, near the two graveyards of Saheb al-Zaman and Seyyed Hossein Kerman, a great and strange dome is made of stone and gympsum that has stopped being ruined. This octagonal dome, which is also known as Gabri Dome is totally made of stone and its foundation width is almost 3 meters. There are eight 2 meters doors at its eight sides and the doorways have been recently blocked by stones to make the building firm and prevent from its destruction and only one door is left open. The upper part of the dome is made of bricks and apparently there have been moldings and decorative structures inside it, the upper part of which have fallen down and the lower part have been destroyed.
Jabalieh Dome was recorded as a national monument in 1316 and after repairing in 1388, it was turned into Jabalieh Treasure (historical inscriptions).