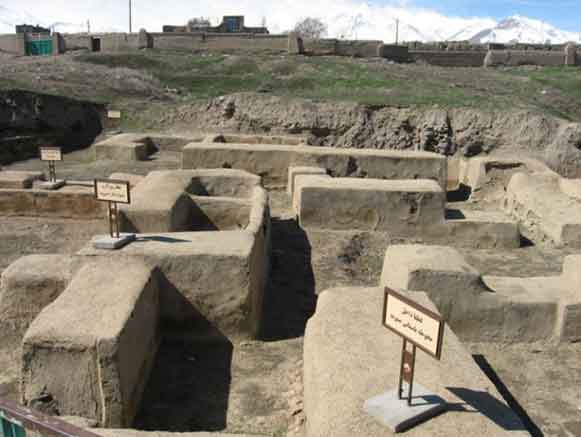 Having an underground city in its heart, Ecbatana Hill in Hamadan boasts its 3-year-old background.
Ecbatana was established by Aryan people of Media in Hamadan. They chose Ecbatana as the capital of the first Iranian kingdom. Herodotus attributed its construction to Deioces, the first Median king. According to him, Ecbatana had seven walls each of which had the color of one planet. Some factors such as social and cultural growth, contact with native people who inhabited in Iran’s Plateau, the existence of powerful neighbors, and new political and social demands forced them to become united and create a powerful government in a way that they could wipe the most powerful tribe of that time, i.e. Assyrians off the face of the earth forever.
This area is also known as haft Hesar Palace.