Address:
57 kilometers from Shiraz, 10 kilometers north of Marvdasht, center of Fars province, Iran
Visiting time:
Spring and summer 8 to 19, Fall and winter 8 to 18 (It closes half an hour earlier); light and sound program: At 20 (You can get ticket for this program at 19)
Weekly holiday:
Does not have
Annual holidays:
9th and 10th of Moharram, 28 Safar, 21th of Ramazan , 25th of Shavval( these are dates on the lunar calender) 14th Khordad (solar calender), 22 Bahman and the last friday of Ramadan closed until 2:30 pm.
Entrance fee(Iranian):
30000 Rials
Intrance fee(Foreigners):
200000 Rials Takht-e-Jamshid or Parseh (Persopolis) is one of the ancient cities of Iran that was the magnificent ceremonial capital of Iranian Kingdom for successive years in Achaemenid Empire. There is a palace called Persepolis in this ancient city where was built in the reign of Darius the Great, Xerxes I, and Artaxerxes I, and was intact for 200 years. On the first days of the New Year, many groups from different countries would gather in Persepolis in behalf of Satraps with a variety of offers and bestow their gifts to the king.
In 518 BC, the construction of Persepolis, as the new capital of Achaemenids, started in Parseh. Darius the Great was the founder of Takht-e-Jamshid. After him, his son, Xerxes I, and his grandson, Artaxerxes I, expanded it. Much of the information about the background of Achaemenids and their culture come from the inscriptions on stone and metal found on the walls and tablets of these palaces. Historians believe that Alexander III of Macedon, the Greek king, attacked Iran in 330 BC, fired Persepolis, and probably destroyed most of the Achaemenid inscriptions, culture, and art. However, the ruins of this place are still there and archeologists have confirmed the signs of fire and attacks in it.
This monument was registered in UNESCO World Heritage in 1979. 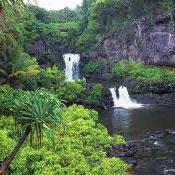