Khoshkenab is one of the villages in east Azerbaijan province that has been located in east Abbas rural district, section Tikmeh Dash in Bostan-abad County. Regarding that it is the birthplace of Mohammad Hussein Behjat Tabrizi known as Shahriyar, an Azeri Poet with Persian poems, this village is counted as a great asset for those in love of culture. While this village has small population, sense of poems by Shahriyar still if feeling there. Its spring was dried but its partridges are depicted scenes of his poems. This village is the birthplace of his poems and the house of his infants is still renovating by cultural heritage of province. 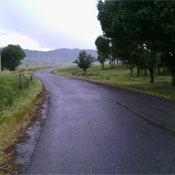