After Mehe Abad and Bonab square mosques, Ismael beik mosque is one of the beautiful and well-found constructions and it is one of the interesting remnants of Safavid era from building aspect and the porch built in front of its seraglio. Porch has been erected splendiferous and interesting as much as possible, its wooden columns have pretty capitals which reminds rather Aalighapoo and Chehel sotoun porches of Esfahan.
This monument has beed recorded as one of the national works of Iran with registry number 1612 in 16th of Esfand, 1356 (1977).
The important point in stating the particular feature and charm of this erection is showing some parts of architecture style and decorative art of ancient Iran in some locations of this holy space and this has made it a constant and vital historic relic. 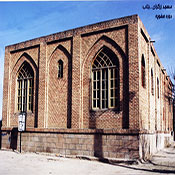 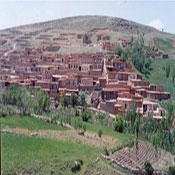