Ahar's Museum of Literature and Mysticism About: Tomb of Sheikh Shahabuddin Ahari

Shiekh Shahabuddin Ahari Literature and Mysticism museum is exhibiting in his mausoleum in Ahar city. This complex was built during Safavid dynasty also some parts of it are even older, back to Ilkhanian era.
This complex has a mosque, Khangah, tomb, Ivan, Minarets and different rooms. Inside the mosque you will see many historical hand written and calligraphy from some famous people, such as Shah Abbas third and Abol Ghasem-e Nabati.
Sheikh Shahabuddin Ahari was born in 1184 AD in Ahar city. He became a poet and mystic and once he passed his spiritual studies, his hierarch, Sheikh Rokn al-Din Sojasi requested him to start teaching mysticism.
Sheikh Shahabuddin Literature and Mysticism museum is the first and only one in its kind in Iran that is exhibiting in his mausoleum in Ahar. This complex is located in the middle of one beautiful and calm park in Ahar city that can be a good short stop on the way to your destination if you are not staying in Ahar.

There is a park and green spaces around the building of the monument. 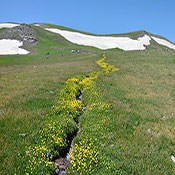 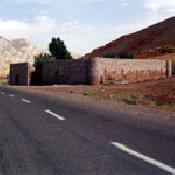