In Iran, it has the highest summit with its very own peak-top lake. Sabalan (in Turkish Azerbaijani: Savalan) is one of the high mountains of Iran in the North West of this country and it is located between the province of Ardabil and East Azerbaijan. Sabalan is third highest peak (After Mount Damavand and Alam) and a non-active volcano.

This mountain height is 4811 meters (In Ardabil province) and a small lake located at the summit. Thanks to natural spa, beautiful summer nature and ski resort Alvares, Sabalan is among interests of tourists. As well, Sabalan Mountain is known as the place for Iranian prophet’s Be’sat, Zoroaster. An example is observed in the book Thus Spoke Zarathustra written by Nietzsche, referred to Zarathustra has to come down out of the mountain Sabalan. In this respect, it is a sacred and respected place that even it is sworn among indigenous and tribals.

Mount Sabalan was recorded in No.12/19496 in the list of registered national natural works, its ownership document has been issued from the height of more than three thousand and 600 meters an area of 200 hectares to 6000 under the name of Environmental Protection Agency.

Among the natural phenomena, we can mention the following:
The sacred alter stone, Eagle Rock or Qartal, Volcanic crater lake, glaciers and snow holes to be as old as the mountains, heights and pinnacles with special  environmental features including daq or small pyramid of Sabalan with a height of 4587meters, Daq heal with height of 4577 meters or deficit, And daghi Jenvar (daghi Qibla) with height of 3950 meters.

Restroom at the beginning of ascension

Residence at the beginning of ascension

Shelters on the path 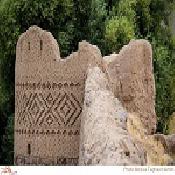 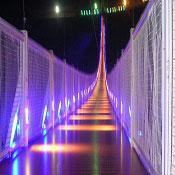 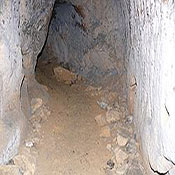 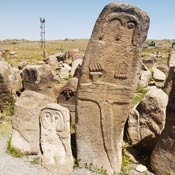