Sabzevar is one of the large counties of Razavi Khorasan province and its center is Sabzevar city. Sabzevar has always been one of the great centers of civilization and culture in the county throughout history. During the uprising of Sarbedars and their gaining control over some parts of Iran, Sabzevar became the Shia political capital of the country. Sabzevar is among the rich cities of Iran in terms of the amount of money in its bank accounts and it has many merchants. Sabzevar became a member of the Asian Mayors Forum in Esfand (Iranian month) of 1393 (2015). Sabzevar is sister with Kashan city. 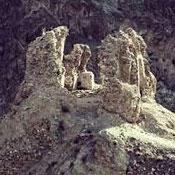