Bojnord is the center of North Khorasan province in northeast of Iran and is built on the foothills of Aladagh mountains. Bojnord was considered to be the largest city had the highest population in the former Khorasan province after the cities of Mashhad, Sabzevar and Nishapur. This city was chosen as the center of north Khorasan province after its establishment on the year 2004. Bojnord is made up of diferent people and cultures who have gathered there from different locations and this has had an immense influence on the tourist attraction of this city. This city, which is considered a part of the great Khorasan throughout its ancient history, has witnessed many bitter and sweet events. Bojnord is the city of beautiful historical monuments such as Mofakham Mirror Mansion and also resorts such as Besh Qardash and Baba Aman. 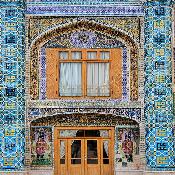