Arak is one of the metropolises of Iran and one of the largest cities in the center of Iran and Markazi (central) province and also its center (center of Markazi province). It is called the industrial capital of Iran due to having mother industries. Arak city was established during the Qajar dynasty and has several historical and natural monuments. Arak is sister cities with Novi Sad in Serbia, Karagandy in Kazakhstan, Tbilisi and Batumi in Georgia. 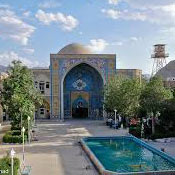