Ahvaz city is located at the central part of Ahvaz county and it’s also known as the center of Khuzestan province. This multinational and multiethnic city is considered to be one of the rich cities f Iran in terms of culture and customs. Karun river, known as the most watery river of Iran, has divided Ahvaz city into two parts and its beautiful bridges have added another luster to this city.  National Iranian South Oil Company, which is the largest oil production company in Iran, is stationed in Ahvaz, and also, the National Iranian Drilling Company, which is considered to be the largest drilling company in the country is also stationed in Ahvaz. Some of the largest mother factories of the country are located at this city. Unfortunately, Ahvaz is considered among the most polluted cities in the world. Like most of cities and provinces, especially those in the south of Iran, Ahvaz, has lost much during the war between Iran and Iraq. It’s also worth reminding that Ahvaz has achieved the honor tablet of theinterior ministers and the ministry of culture and Islamic guidance and also the appreciation tablet of the UNESCO National Committee and has been presented as the first capital in book of Iran on 2015. 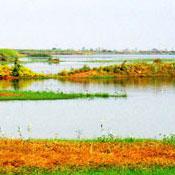 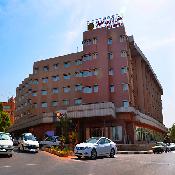