Ilam city is one of the cities of Ilam province and also its center. Ilam city is not located at the geographical center of the province. Because of its position, its communicational and trade importance is limited, in a way that the products of faraway districts and villages are sent to other provinces. Currently, Ilam city, as the political-administrative center of Ilam city, is one of the developed cities in the  west of the country and due to having forest resorts and ancient monuments is considered as one of the most beautiful cities of the province. 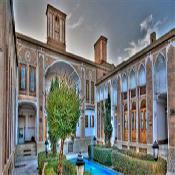