Gonbad or Gonbad-e Kavus or Gonbad-e Qabus, which used to be called Jorjan. Jorjan (the former nameof Gonbad-e Kavus) is the name of the city, county and an ancient land southeast of the Caspian Sea.

Archeological excavations have revealed the history of civilization here somewhere between 5 to 6 thousand years ago. With this ancient civilization, a history full of ups and downs, many ancient monuments and relics, and famous scientists and strong and noble people, Gorgan (Gonbad-e Kavus) has an exalted position and a valuable part in the glorious history and civilization of Iran. With the coming of Islam and in its first centuries, the tribes of Gorgan had a valuable position in the actualization of Islamic culture and civilization.

In medicine, also, this region had an enormous part in the world, as two of the most famous physicians in Iran and the world, namely Abu Sahl Masihi and Sayyed Ismail Jurjani (author of Zakhireye Khwarazmshahi encyclopedia) were from this land.

The current city, dating back to 1305 solar calendar (1926), was founded by the order of Reza Shah of the Pahlavi dynasty and it was named after Qabus ibn Wushmagir (which has now become Gonbad-e Kavus). The main plan of the city was designed by German experts according to urban engineering principles, and for this reason, it has intersecting streets and with a checkered pattern, it lacks the old narrow passages.

Gonbad-e Qabus tower, this lasting legacy of Iran, was added to the list of UNESCO world heritage in the presence of the president at the time, on Sunday night September 9, 2012. 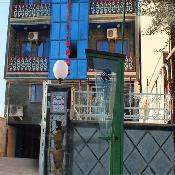