Bandar Anzali is one of the most important tourist cities, centers of economic and sport centers in Iran and it is considered as the central district of Anzali county. This city has the first and largest port of Iran in the southern coast of Caspian Sea and it is located in Gilan province. Anzali, after Rasht, is considered the second most populous city in Gilan province and it is also one of the most densely populated cities of Iran. This city has been mentioned as Anzali many a time through history, and throughout many centuries, it has been considered as the main route of economic relationships between east and west.

Bandar Anzali is the largest and most active port on the southern edge of Caspian Sea. Being equipped with modern loading and unloading facilities and also having the advantages mentioned below have distinguished it from other Iranian and foreign ports of the Caspian Sea:

Having the third place after the ports of Emam Khomeyni and Shahid Rajayi in terms of loading and unloading tonnage and being close to the ports of Astrakhan and Lagan in Russia, Turkmenbasi in Turkmenistan Aktau in Kazakhstan and Baku in Azerbaijan.

Having relationships with the regional markets and access to over 300 million consumer market of the newly independent old soviet countries.

Being positioned on the international north-south transit corridor; which is three times shorter and cheaper than the current route.

Being situated in the free trade zone and procuring certain facilities and accommodations for the owners of goods, merchants and investors.

Being near the international airport (35 kilometers).

Being near the largest oil and gas resources of Caspian Sea.

Access to lead, zinc and iron mines and industrial centers and being close to the adjacent industrial provinces and the capital of utilization capital of the private sector in terminals and creating a competitive atmosphere for gentle reduction of loading and unloading. 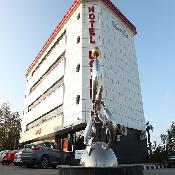 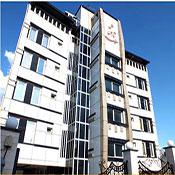 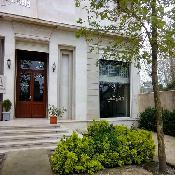