Astara is of the coastal counties of Gilan province in north of Iran. Its center is Astara city. This border county is neighbors with the Republic of Azerbaijan. Being neighbors with 4 newly independent old soviet countries, and also having the only ground transit route from Persian gulf to the central Asian countries, are of the special advantages of this county. Nowadays, Astara port is considered the first private multipurpose port and fifth active transit port in north of Iran. 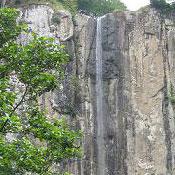