Hashtrud (Saraskand) is one of the southern cities of East Azerbaijan province and the center of Hashtrud county.

On 1942, Hashtrud city was a village on the sunny bank of Sar Eskandar river and this village had 10 water mills and several oil making factories, and maybe it has gotten its name from these ten watermills; in this year (1942) Sar Eskandar becomes the center of Hashtrud region and remains so until 1958. After which, this region becomes the Hashtrud governorate by the efforts of Hasan Agha Eftekhar Hashtrudi.

Around 1961, this city is named Reza Shahr and in 1971 it is named Azaran, maybe due to being close to Takht e Soleyman fire temple. After that, this county’s name becomes Hashtrud, due to the eight rivers of Qaranqu, Aydoghmush, Aji Chay, Qaleh Chay, Quri Chay, Leylan Chay, Ajirlu and Qara Qaya crossing this county. According to the oldest source about this county, Vassaf history, the name of this city is Hashtrud. 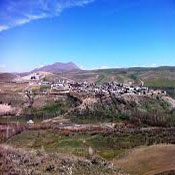 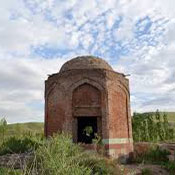