Bushehr city is one of the cities of Bushehr province in south of Iran. This city end in the Persian gulf from the north, west and south. One must seek Bushehr’s glory during the Elamites era. The current Bushehr port flourished once again on 1736 by Nader Shah Afshar. At the time, he sought to strengthen his navy and established Bushehr’s shipyard and the current structure of the old city was also established and grew and reached its peak during the Zand and Qajar eras. Bushehr was one of the first cities to import lithography and has had ice factoris and electricity before many of the important cities in Iran. Due to factors, such as fishing, having nuclear power plant, shipyards and exports, Bushehr port has achieved economic prosperity. Also Bandar bushehr is sister cities with Mersin in Turkey and Hyderabad in India. 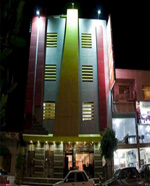