In ancient times when human was practicing sedentism, a city which archeologists considered as the world's first city in terms of urban texture, population, urban planning, etc. emerged in Sistan. The burned City and its creative and intelligent civilization, over 5000 years old, is the largest urbanization (city-dwelling) in the eastern half of Iranian Plateau and a unique example of science, industry, and culture in ancient times of this land.
Shahr-e Sukhteh is the remaining of an ancient city in Iran located 56 kilometers from Zabol on the side of Zabol-Zahedan Road in Sistan and Baluchistan Province, Southesat of Iran. The time of this big city's construction coincides with Jiroft Culture Bronze Age. Iranians lived in this city about 6000 years ago. This city was built on the alluvium of Helmand River estuaries to Hamun Lake. Based on discoveries made in the Burnt City during the consecutive years, it can be claimed that this city was the most important place of residence and in fact, the capital of the district during Bronze Age.
It is said that Shahr-e Sukhte is the most advanced city of the old world, even more advanced than Crete City which Sinuhe has mentioned in his book.
In the 38th convention of UNESCO on June 22, 2014, Shahr-e Sukhte was registered in UNESCO World Heritage.

General Specifications
Name
Shahr-e Sukhteh
Appellation
Due to a fire in the period between 3200 to 2750 BC, it is called "Burnt City" is called.
Age
5 to 6 thousand years old
Special features
Registered in UNESCO World Heritage Site
Suggestions
Duration of visit
One hour to one day
Perfect activity for a rainy day? 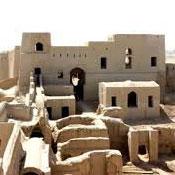 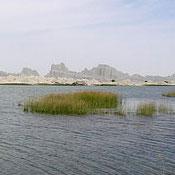 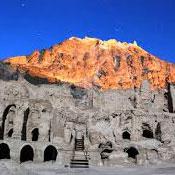