A tower-like bulding of 17 meters high can be seen 20 kilometers from the northern part of Mashhad and on the borders of Tus Road that according to some people, a great battle was taken place between the previous governors of Khorasan and Sultan Mahmoud Ghaznavi. The architectural plan of the rod dates back to Timurid era and the nineth Hijri century.
This tower is a tomb which is located on an eight half-sided circular platform and its exterior design has 8 decorated semi-columns besides its circular shape. The building is made of bricks and decorated by tile pieces in rectangular, polygon and crux start forms with embossed and diverse designs in cobalt blue and cyan colors. The construction date of the monument is not clear; however, it is very similar to the architecture of Jameh Mosque of Yazd (861 hijri year) and Amir Chakhmagh Building in Yazd (830 hijri year).
Akhangan Rod was registered in the list of Iran’s national monuments on 20th of Khordad 1321 with registration number 341. 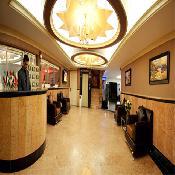 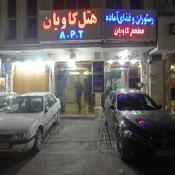 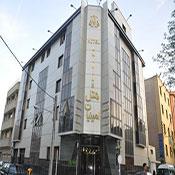 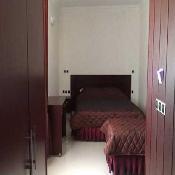