The ruins of Khorheh ancient place belong to Arsacid dynasty located in the northeast of Mahallat County, Khorheh Village. This monument was registered in the list of Iran's National Heritage on January 6, 1932 under the registration number of 131. It lies in Poshgodar District, and it is linked to Haftad Qolleh (70-peak) Mountains from the north and to Yakhchal Mountains from the south. Mahallat Khorheh is located 48 kilometers from Mahallat County.
Ancient excavations of this place were carried out in the summer 1995 by the Iranian Centre for Archaeological Research. As a result, some potteries and some pieces of silver belonging to Arsacid period were discovered. According to those excavations, archeologists discovered that Khorheh Building consisted of three interconnected buildings.
It was previously supposed that Khorheh had been the remains of a temple or fire temple. According to the recent research, however, it has been a manor house built in the first century BC which was used until the end of Arsacid period. 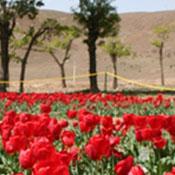 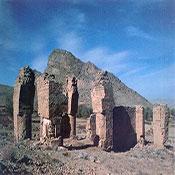 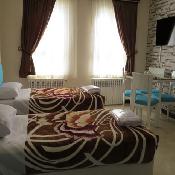