Largest historical mosque in the west of the country. One of the precious architectural monuments from Islamic period in Borujerd is Soltani Mosque. This mosque which is the biggest historical mosque in the western side of Iran is located in the center of Borujerd and beside Borujerd Bazaar Order. It is also considered one of the most precious and outstanding monuments in Borujerd. The mosque has three gates: its north gate opens to Jafari Street and has very beautiful arches and mogharnases which are decorated by seven colored tiles and in Qajar period style and the name of Fathali Shah is carved among them. The design and plan of this mosque is an imitation of Imam Mosque in Tehran. Its western gate opens to Davatgaran Bazaar and leads to Safa Street. The southern bedchamber is under the main dome. The mosque was built at late Zand era and early Qajar era at the time of Fathali Shah Qajar on the remains of a very old mosque. However, since the building was done in Qajar period, it is considered a Qajarid monument.
Soltani Mosque was registered as a national monument of Iran with registration number 394. 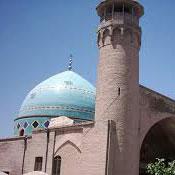 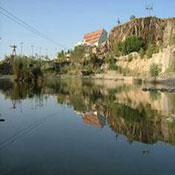 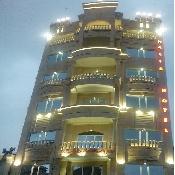