The first suspension bridge of Iran Pol-e Sefid of Ahwaz is the fourth cantilever bridge of the world and the first cantilever bridge of Iran and is one of the eight bridges established on Karun River in Ahwaz city and it connects two parts of this city together. Pol-e Sefid is one of Ahwaz landmarks. This bridge was established in 1936 on Karun River by a German Engineer and a Sweden company. This bridge has two 12 and 20 meter concrete arches. This relic was registered in November 17th, 1999 with the registration number of 2493 as one of Iran’s national relics. 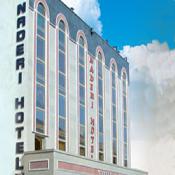