Jameh Mosque of Golpayegan is one of the most important historical mosques of Seljuk era and one of the greatest mosques in Iran. According to the construction date of the mosque, it can be said that the Iranian-Islamic architecture of this mosque has been an example for building other mosques, especially in areas under Seljuk government. This mosque is located in Jameh Mosque Street in Golpayegan City.
Jameh Mosque of Golpayegan was established in 508 hijri hear at the time of the Seljuk Abu Shoja’ Mohammad Ibn Malekshah.
This mosque was registered in the list of Iran’s national monuments in 1312 with registration number 191. 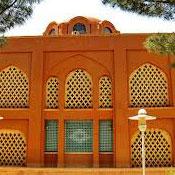 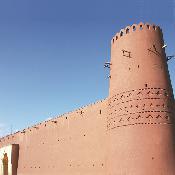