Khoda Afarin is located in the northeast of East Azerbaijan Province between Garadagh Forest Mountains and Caucasus Mountains. More than 86 percent of Khoda Afarin County lands consist of forests and pastures. Having mild summers, cold winters, and a variety of historical and natural tourist attractions, this county is one of the tourist spots of the province. Avarsin Castle of this district will be described in this section.
The castle is also known as "Keivan Castle". It dates back to Arsacid and Sassanid eras. The castle lies near Khoda Afarin, and has been named after Avarsin Village. Avarsin Castle has great importance due to its remained architectural elements such as towers, walls, and reservoir.
The castle has been registered in Iran's National Heritage under the registration number of 22529. It used to serve defensive function in the past, but it is currently deserted. 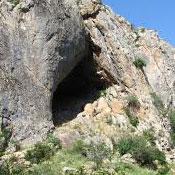 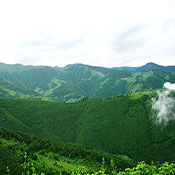