The Stone Lions, the Symbol of Bakhtiari People About: The Stone Lions, the Symbol of Bakhtiari People

One of the rituals of Bakhtiari nomads is to put up a stone lion on top of the tombstone of ever-lasting eminent people of the tribe.
Bakhtiari people erect this lion stone which is the symbol of bravery, valor, and characteristics like adroitness at hunting and shooting in war as well as horseback riding on top of the gravestone of that group of people.
In fact, the lion stones are statues that were made by stonemasons and put on top of the tombstone of brave and courageous people of Bakhtiari tribe in the past.
In Bakhtiari dialect, these statues are called "Bard Shir". Bard Shirs are the symbol of courage, bravery, modesty, and manhood which protected and defended perspicacity, culture, and humane ethics of Bakhtiari tribe. The magnificence of this statue reminds the men who ornamented the history of their tribe in a mythical form by their names and departed this life. The sides of the Bard Shirs are adorned with sword, horse, gun, and rosary designs. The personal information of the deceased is carved on the back of the stone lions. 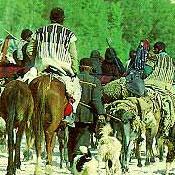 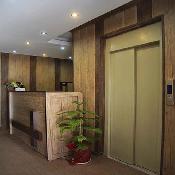 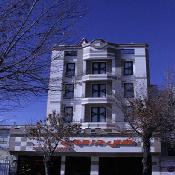