Chaleshtor Castle is for Qajar period and is located in Chaleshtor City in Shahre Kord Province.
This monument was registered on 27th of Mordad 1377 with registration number 2101 and also it was registered in the list of Iran’s national monuments on 20th of Azar 1379 with registration number 2924.
The house of Ahmad Khan and Mahmoud Khan Chaleshtori was built in late Qajar period by attempts of their father Rahem Chaleshtori, son of Mohammad Reza Khan. It is inferred from the dates on the columns of the building that it was almost finished being built in 1323 hijri year. The castle includes portals, vestibule, interior and exterior rooms, bath and stalls and other parts. The building was built in two parts and its area is about 12000 square meters that was built in Iranian form and art in Qajar period. The northern building was being used until the seventieth decade, while the southern building was destroyed nearly 90 percent that was reconstructed an repaired by engineers and repairers.
Ali Akbar Dehkhoda had escaped to Chaharmahal va Bakhtiari during the First World War. He made use of Chaleshtor library and began compiling Amsal-o Hekam and Dictionary be the use of available sources in Chaleshtor Castle. 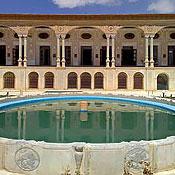 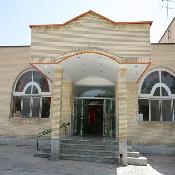