Address:
Moshirolmolk caravansary is located on the easter side of the Borazjan city's central square, in Bushehr province 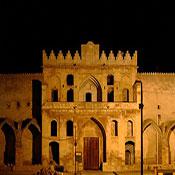