About: Ancient Cave of Lahrud

Oldness of Lahrud cave dates back to pre-history era, some rocks have covered this caves and there are numerous springs at the bottom of this cave that they have had vital role for residents of this area. These springs probably ends in vaults under the cave.
Mud houses have been constructed on the rocks. Some holes inside the cave have entrance into the yard of these houses and there was a big stone on the way of this entrance and the weather inside the cave is ventilated by these holes.
Inside the cave, there were some rooms, furnace and mangers in which exotic thieves were lived there for a period of time. This cave is a kind of rocky architecture and has been made in three stories that one story reaches underground basement and the other two stories has been resident place for humans and livestock.
Living in caves had secured the natives and other people of villages in Meshkin shahr from incidents and disasters which were happened repeatedly that time.
This cave has been recorded by cultural heritage organization of Ardabil province. 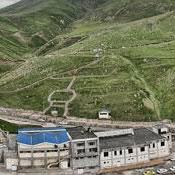 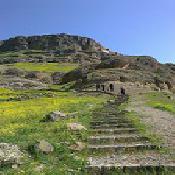 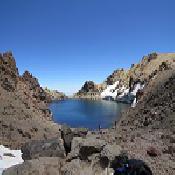 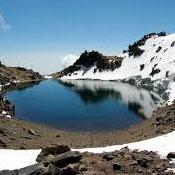 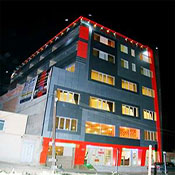