Yakhgan cave has been constituted due to liquidation and formation of attrition shapes of Avan and demolition of Avans’ walls. Regarding to the special features, this cave has popularity around the world.
The weather inside the cave is warm in winter and cold in summer, and formation of ice crystals as cressets and thin layers on walls and roof of cave gives distinguished property to Yakhgan cave.

Existence of stone and rocky vaults in cave and during the route with eight meter height inside the ground makes the air to flow inside them, and then that air produces humidity on rocks and it starts to ice on the stones. The unique feature of Yakhgan cave has caused the residents in that area use this cave as a refrigerator in warm seasons. The cressets made in summer are used by residents.

The weather inside the cave is supplied by a chimney which have a way to out of cave and there is no lack of oxygen inside it.
By an official advertisement number 12-19496 dates 1381/05/15, this area has been approved by environmental protection council as a natural and national opus from 1381/05/15.
Bats which the common mammal of caves are not seen due to cold and humid weather in cave. Among other creatures living in cave, still no example has been observed. 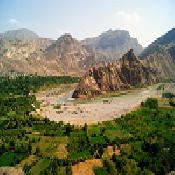 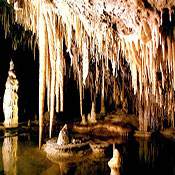 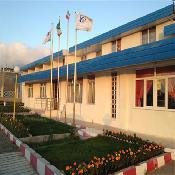